I first clicked some insects in 2011, which included this snail. Back then I used this camera: 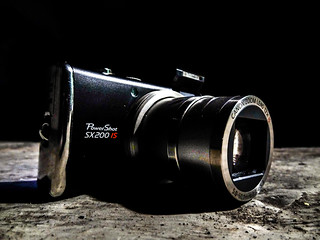 (Yes, I took that pic with Sony Cybershot HX9V. Doesn't it look like its on moon surface? 😃)

Since that image came out beautifully (for my expectations at that time), I thought of experimenting more with clicking pics.

In 2014 there was the Sony in home which had some (limited) manual controls for shutter speed, aperture, and ISO. It was then when I started experimenting more with those settings (and hence learning most of it by hit and trial, but YouTube helped me explain some not so obvious details). All the images that you see in Flickr are from 2014 alone (maybe some in 2015).

I have created this page along with a section for future ideas so that the pace of trying new things doesn't slow down :)

Now go on, have a look at some of my clicks!